Tom Brady is a name known across all 50 states as one of the greatest players in the NFL. Currently playing for the Tampa Bay Buccaneers, he is one of the most accomplished quarterbacks in the history of American football, and his achievements aren’t known in just the US.

He is famous all over the world and considered to be an icon in the sport. This seven-time Super Bowl-winning football star has had an illustrious career and continues to perform time and time again.

So, what is there to learn about this underdog turned NFL legend? Here is everything you need to know about the life of Tom Brady (You might also want to check out Everything to know about Aaron Rodgers here).

How Old Is Tom Brady?

Born in 1977 in San Mateo, California, Tom Brady is 44 years old, making him the oldest player in the NFL. It’s not uncommon for quarterbacks to retire after 40, and Brady has told reporters that he plans to play until the age of 45.

He did retire for a short time but then decided to rejoin the NFL and carry on until 45, as he previously said.

Tom Brady started playing football in college. Between the years 1995 and 1999, he attended the University of Michigan and joined his college team, beginning his career in football.

However, he was often riding the bench and only threw two passes during his second season as a Michigan Wolverine. Finally, he led the Wolverines to victory in the 2000 Orange Bowl against the University of Alabama.

In 2000, after leaving college, he was drafted by the New England Patriots as a sixth-round pick.

How Long Has Tom Brady Played In The NFL?

After Tom Brady was drafted into the New England Patriots in 2000, he continued to play for the team for 20 seasons, until he was traded (Find out What Really Happened During Deflategate?).

In 2020, he moved to the Tampa Bay Buccaneers and is now going into his third season with the team. To this day, Brady has played in the NFL for 21 years.

How Many Times Has Tom Brady Won The Super Bowl?

Tom Brady has led both the New England Patriots and the Tampa Bay Buccaneers to victory during his incredible career.

He has won a total of seven Super Bowl rings – six for the Patriots, tying them with the Pittsburgh Steelers for most Super Bowl wins of all time, and once for the Buccaneers. The details of these wins are as follows:

What Are Tom Brady’s Records And Stats?

Many fans and sports analysts refer to Tom Brady as the GOAT, or the greatest of all time, in the NFL. In his 21-year career, Brady has won many awards and broken several records in the NFL.

He’s the only player in the NFL to win seven Super Bowl rings and has the highest record for most playoff games played, with a grand total of 41.

Brady has also led the Patriots to 12 12-win seasons, which is the most by any quarterback who’s ever played in the NFL, and has set a single-season record for the Buccaneers, with 34 touchdown passes.

He has won a staggering amount of awards over his career as well:

Who Is Tom Brady’s Family?

Tom Brady met his current wife, Gisele Bündchen, in 2006. They married in Santa Monica, California in 2009 and have two children together – Ben, 12, and Vivian, 9.

What Is Tom Brady’s Net Worth?

As of now, Tom Brady is worth $250 million and has a $30 million a year salary. His net worth comes from his NFL base pay and salary, as well as many endorsements. In 2020, he signed a 2-year contract worth $50 million with the Buccaneers.

There are not many people in the country who don’t know the name, Tom Brady. He is a real example of a living legend and continues to outstand his fans and inspire prospective footballers alike.

With everything you’ve read, you’ll be Tom Brady savvy in no time. 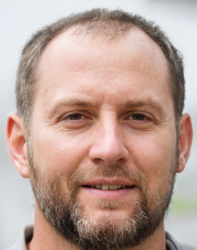