Any fan of baseball will have undoubtedly asked the question – how much does a baseball weigh? No matter why you want to know the answer, perhaps you cannot believe that your favorite player can miss a shot so badly, it can be difficult to find.

Contents show
1 Baseball History
2 The Time Of Dead Balls
3 The Time Of Live Balls
4 The Introduction Of World War II Cork Balls
5 Modern-Day Baseballs – What Are They Made Of?
6 Baseball Manufacturing Process
7 Summary 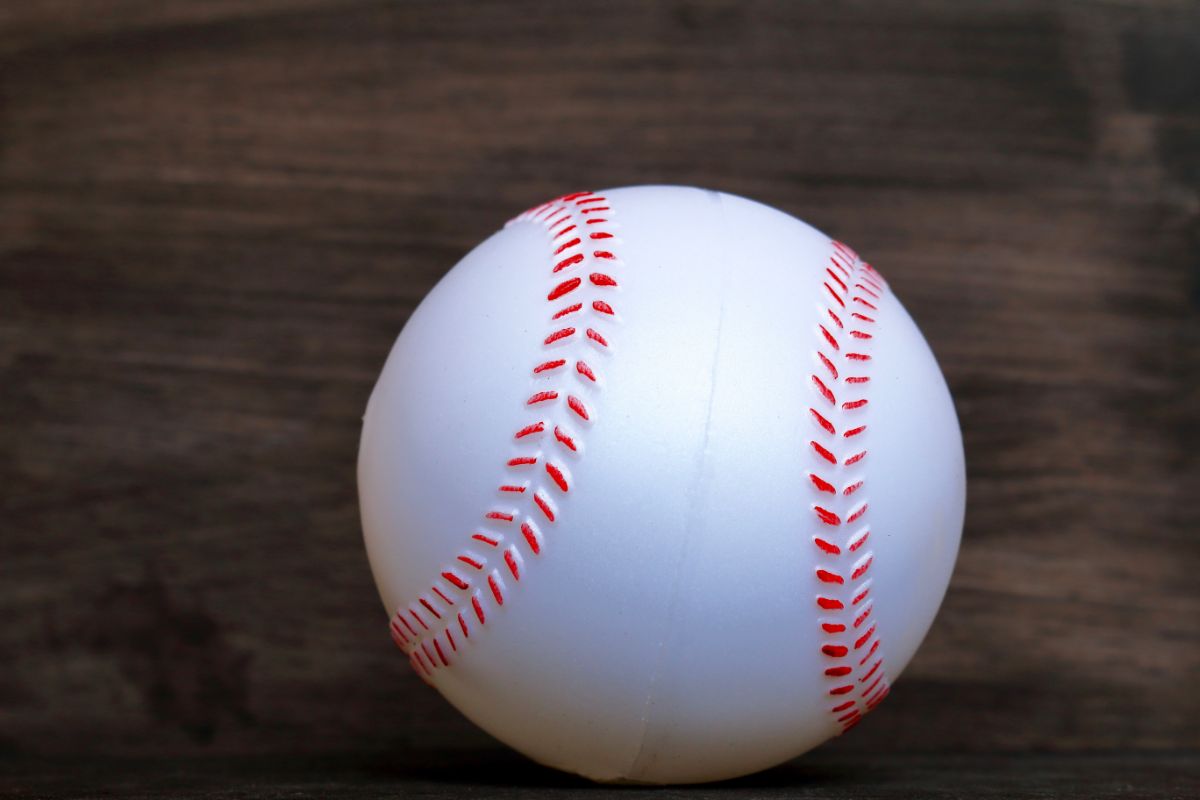 Baseballs are used in the millions every Major League Baseball season, and millions on top of that are sold every single year. So, let’s learn all about this small yet mighty piece of sporting equipment.

We all know enough about the history of the game of baseball, but what about the actual ball itself?

The baseball has undergone plenty of changes throughout the years, getting better and more efficient for the players. America’s favorite pastime sport needs only the best equipment to be played with!

Perhaps the most interesting change on the baseball is the stitching, since this was changed thanks to science and improved technology. Who knew that stitching played such an important role in baseball’s success!

The Time Of Dead Balls

Before this, balls would have been manufactured any which way, making them different weights, sizes, and shapes to one another.

A.G Spalding was the designer of the first official league ball, with the company then taking over as the main supplier for one hundred years.

It wasn’t until 1910 that a new ball was designed, this time with a cork core instead. It was unveiled during the Fall Classic.

10 years later, in 1920, the rules changed so that balls would be changed periodically throughout the game. This rule was put in place to ensure that there were no differences between the balls that gave one team an unfair advantage.

However, since dirty balls were too difficult for batsmen to see, the rules changed and stated that balls would now be swapped out for cleaner ones.

This meant that it was imperative for all baseballs to be the same weight and size as one.

The Time Of Live Balls

1920 was a turning point in baseball history, marking the beginning of the live ball era. This meant that spitballing was no longer allowed in games, and balls were replaced anytime they were soiled, wet, or dirty.

Spalding invented Australian wool to be wrapped around baseballs, which made it easier for the batters to hit home runs.

Manufacturing of baseballs was standardized now, with every baseball needing to be 3 ⅛ ounces in weight. If the baseballs were not this exact weight, they could not be used in the game.

An influx in need for rubber during World War II saw a shortage for other, less immediate manufacturing. Since baseballs were not used as ammunition for the war, they took a backseat when it came to rubber allocation.

However, this does not mean that the manufacturing of baseballs was stopped altogether. Instead, they were made with cork.

The entire manufacturing process changed during this time. By 1944, synthetic rubber was starting to be mass-produced.

Baseballs could now be made from these synthetic materials, once again matching the needed specifications set before the war started. 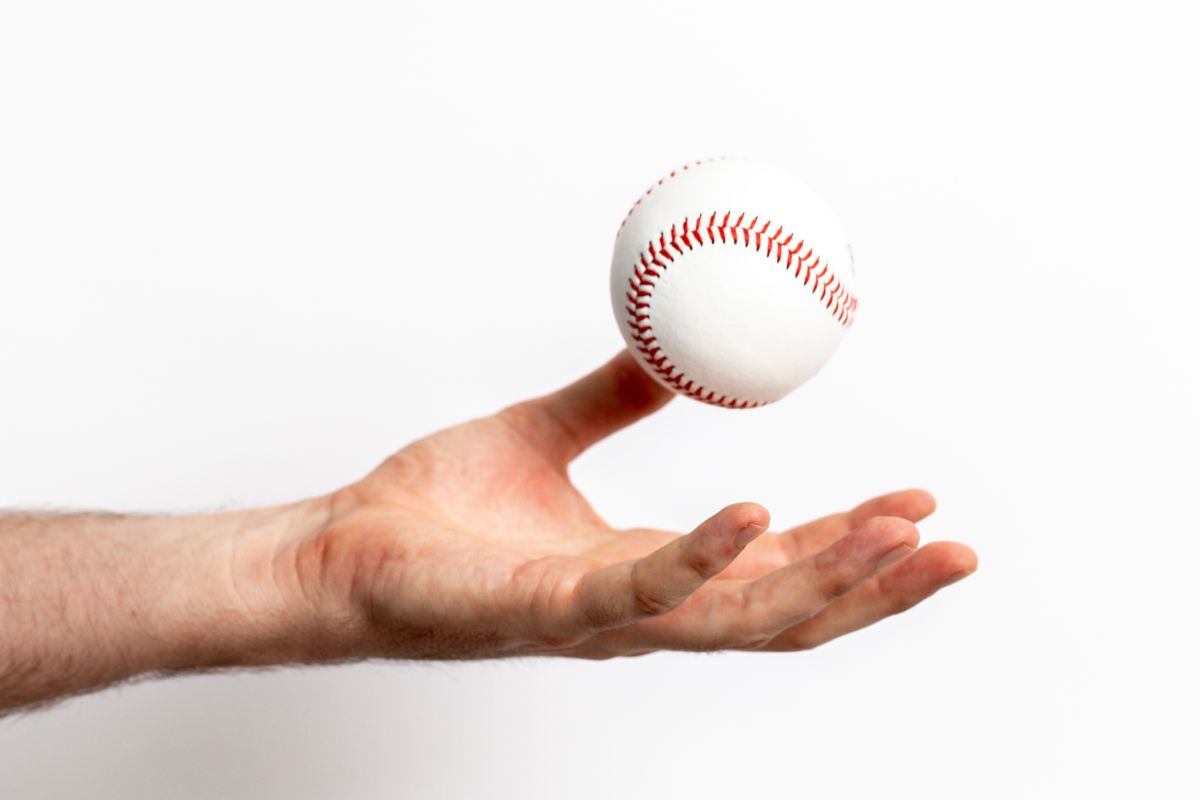 Modern-Day Baseballs – What Are They Made Of?

After the war, the cowhide that used to be the exterior of baseballs was replaced with horsehide.

As you can see, there have been plenty of changes made to baseball over the years! And all of these changes were needed to ensure that the ball never wavered in weight or size.

A baseball is made up of plenty of layers, including rubber, animal hide, yarn, and more.

To make the baseball starts with a rubber ball the size of a cherry. This is then molded to the correct size and shape, and the fabric is wrapped around the rubber tightly. The animal hide is then sewn into place, leaving you with a perfectly spherical ball.

Thanks to innovation and advances in technology, baseballs are now able to be mass-produced in factories. This makes it easier to keep them standardized to the correct weight and height.

With well over a million baseballs being used in the MLB and sold every year, it’s hardly surprising that there is a need for such quick manufacturing.

Factories are able to set consistent settings in the way the baseballs are made, making it a much more efficient and reliable process.

Even if there were enough humans to make millions of baseballs in quick succession, the room for error in size and weight is too great.

We hope that this article has been helpful in explaining the life of a baseball and how much they weigh. Baseballs are now standardized to weigh between 5 and 5.25 ounces.

If they weigh any more or less than this, they cannot be used in professional games.

The baseball has undergone plenty of changes throughout its lifespan, from being made by humans to being manufactured and mass-produced in factories.

The standardization of baseball weight was incredibly important with the changing rules that the ball could now be replaced if it was sodden or dirty.

The players needed to have an exact matching ball to replace the old one with so that it didn’t throw them off their game, giving the other team an unfair advantage.

With just under a million baseballs being used in MLB every year, and another million being sold worldwide, baseballs continue to be as popular as ever.

Advances in technology are still ongoing to make the baseball even more effective and intuitive for America’s favorite sports pastime.