If you do not do your research, many people will never know if Karate is actually Chinese or Japanese.

The origins of things like martial arts do not tend to be common knowledge, so it is understandable that not everyone knows the exact country which this form of martial arts originates in. 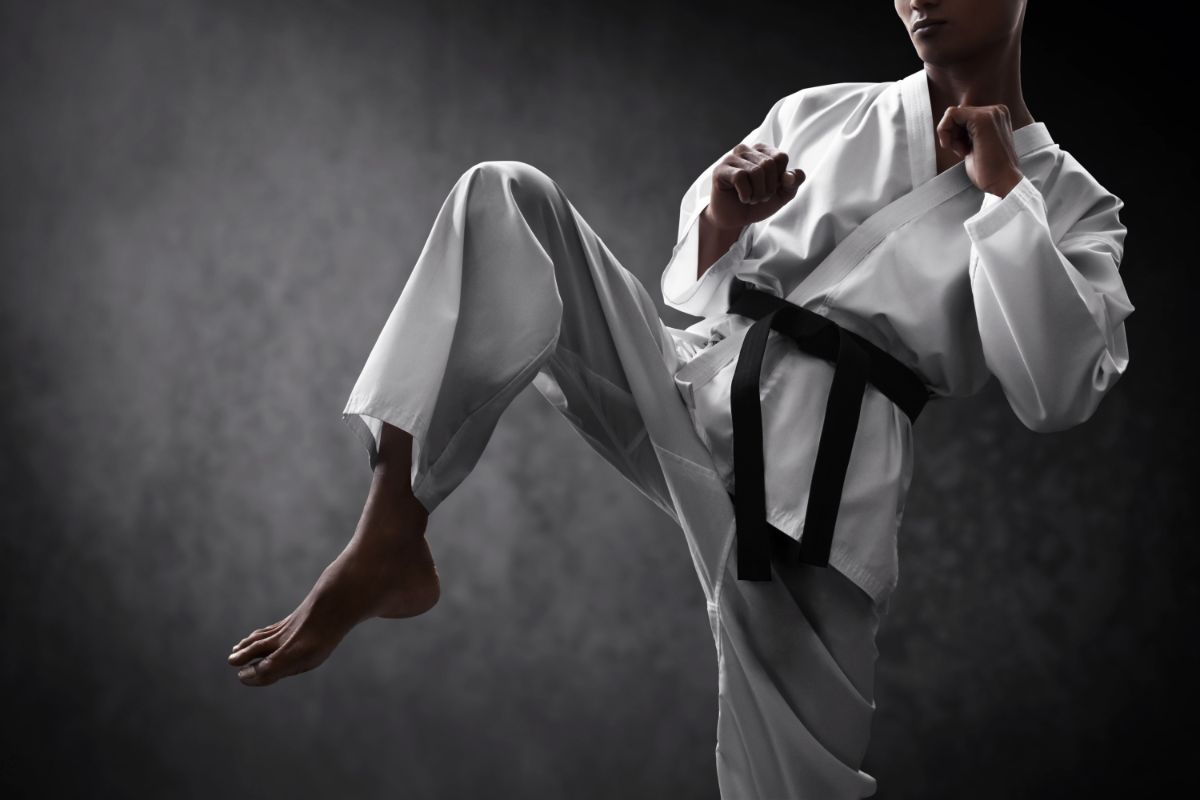 Karate has become popular globally since its inception and because of how quickly it has spread, it has led to lots of misconceptions surrounding where this martial art originates.

For a quick answer karate originates in Japan, and from most sources, it can be tracked down to Okinawa specifically.

However, its origins are not so black and white since the martial art was heavily inspired by some techniques which are originally Chinese in origin.

So while the art of karate is originally from Japan, the techniques which are in it have some heavy inspiration from Chinese martial arts which predate it. But for a simple answer, karate is Japanese.

The theory is that karate was influenced by Chinese immigrants who had moved into Okinawa, and they has shared the martial arts which they knew with the people who were local.

However, there is plenty of history to this, which we will go into greater detail on throughout this article, so if you want more information, keep reading!

By most accounts, the karate which we know today was invented by a man called Master Funakoshi. He was known for of course being incredibly talented when it came to karate, and he is also the creator of the commonly used Dan system of ranking.

The karate curriculum and philosophy was formalized in the 1920s.

When looking at how karate was originally treated, it has been called karate jutsu, and if you write this in Japanese, it actually translates directly into Chinese hand martial arts.

This shows just how deep the aforementioned Chinese inspiration is.

It is worth noting that Master Funakoshi the originator of karate was inspired by his Okinawan master who had taught him Master Itosu Anko.

Funakoshi displayed his skill in karate and this is why he is accredited as being the person to popularize the martial art and led to it becoming popular all over Japan.

It is told that at 54, Funakoshi set out over Japan and did demonstrations of karate which led to him being widely admired.

During this era, the creator of judo known as Kano Jigaro personally invited Funakoshi to his dojo to demonstrate. This shows just how closely related karate and judo are, even so close to their inception.

Soon after, Funakoshi published a book on karate in 1922 and this was back when karate was still be referred to as karate jutsu. This book became incredibly popular and led to karate getting even more widespread recognition.

2 years on from this Funakoshi then created the aforementioned Dan system of ranking.

It is worth noting here that while Okinawa is very closely related to Japan, the language spoken is quite different, this is why Funakoshi changed some of the naming systems of karate to make it more accessible to the rest of Japan.

Funakoshi personally made it, so the spelling of the word karate was exactly the same as how it is spelled in English.

This phenomenon is called a homophone, for example, two words which sound identical but have different meanings, for example, morning, and mourning.

When the spelling of karate was changed, the meaning and translation of karate was then changed with Chinese hand martial arts being changed to open hand.

This was done intentionally to show the unique aspect of the martial art to Funakoshi and to show it as a refinement of the Chinese influence on the art.

Around this time was when the 20 precepts of karate were established by Funakoshi, and this is seen as the philosophy which karate follows.

Some of the more well known precepts include; karate beginning and ending with courtesy, there being no first attack within karate, karate being used as an aid for justice, and the idea of controlling yourself before you are able to control others.

Throughout Funakoshi’s time spent in Japan, he personally taught in universities and high schools, and this led to some of his students establishing their own schools which is part of why karate managed to spread so quickly. 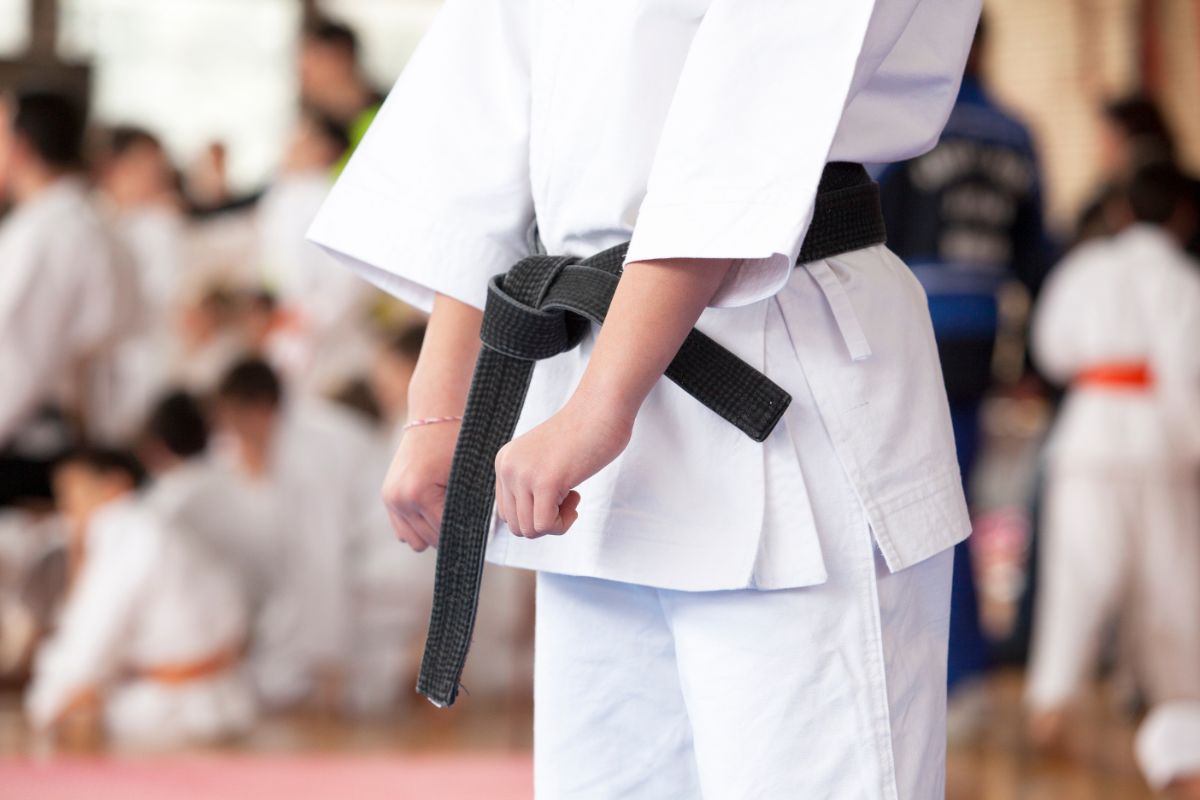 Some of the most popular styles of martial arts from China include tai chi, kung fu, and sanda which is a Chinese version of kickboxing.

The first records we have of martial arts in China are from Emporer Huangdi who was known as the Yellow Emporer.

He is well known for writing on different subjects like astrology, medicine, and of course, martial arts. There is a form of martial arts which he is thought to have originated called jiao di which is similar to judo or wrestling.

When talking about Chinese martial arts, it is hard to overlook the influence of kung fu which has always been incredibly popular, with famous people like Bruce Lee ensuring that it remains relevant.

There is also the Shaolin form of kung fu which is practiced by monks.

Of course there is the aforementioned tai chi which is often practiced by older Chinese people in parks, and while it does not seem to resemble a combat style, if practiced correctly tai chi can be used in fights.

When it comes to the most popular martial arts which originate in Japan, of course there is karate which is the focus of this article, but there are other styles like the aforementioned judo which gained popularity at a similar time to karate.

There is also jiu jitsu as well.

When looking at the origins of karate, we can see that it has clear roots in Chinese martial arts, however, with the amount of influence it gained from Japanese sources, we can separate it from its Chinese roots and see it as Japanese.

It is thought that combat style like jiu jitsu and judo had been used by samurai. It is worth noting that jiu jitsu especially became quite popular in the USA as well.

This is partially accredited to BJJ which is the Brazilian form of jiu jitsu which is particular popular in the UFC and the MMA scene generally, however it is now quite far detached from its origins.

So hopefully this article has given you all the information you need when it comes to the origins of karate. When looking at it, we could see it as more of a chicken and egg situation.

Because, karate would not be what it is now if it were not for the Chinese influence, this can be recognized in its name, but it is now so changed by the Japanese influences, that it likely never would have occurred if it did not come to Japan.