Martial Arts have taken the world by storm in the last 50 years. What was once an obscure practice for many has now become normal, as many people hope to learn both the skill and discipline to utilize martial arts in their own lives.

This has subsequently led to an explosion of martial arts practitioners across the world over the last hundred years, as newcomers learn the necessary understanding, both physically and psychologically, becoming masters in their own right, and teaching their pupils the same lessons that they learned. 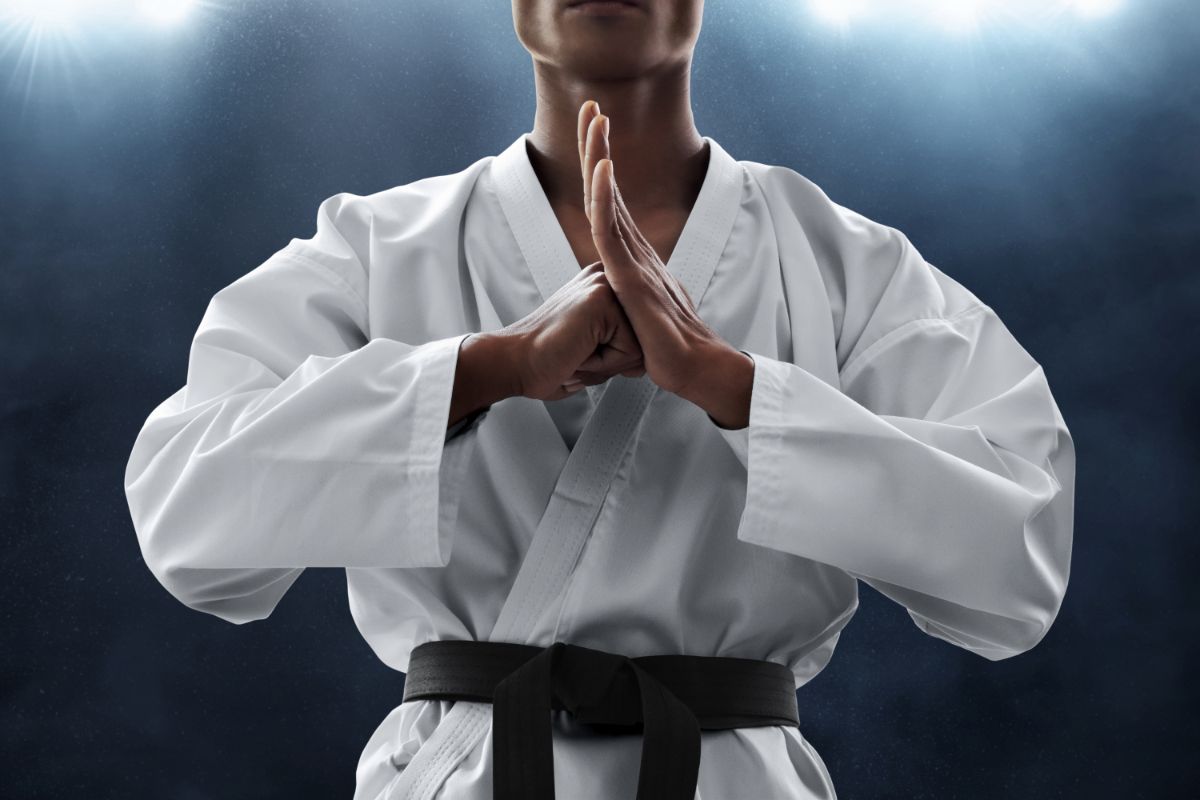 And this isn’t even counting the number of variations in martial arts that have sprung up as these styles of ritualized combat have evolved and spread across the world.

If you’re as curious about how these styles of fighting have spread, then check out this list, which contains some of the most commonly practiced martial arts styles, and how they became that way.

One of, if not THE most famous martial arts style out there, Karate is probably the first thought that comes to many people’s mind when they think of the word ‘martial arts.

And with good reason, too. From its humble origins as a fusion of Chinese and Japanese martial arts practices from its roots in Okinawa, karate went on to become one of the pillar martial arts of Japan during the late 19th and early 20th centuries.

Karate emphasizes strikes using pretty much all limbs and points of articulation, from punches to kicks, to elbow and knee strikes, and open-hand strikes, which sets it apart from other of Japan’s most notable martial arts like Judo and Jujitsu.

The martial art would soon reach international recognition, thanks to both an increase in American-based karate dojos opening after the US occupation of Japan ended, and Karate is one of the combat sports to become even more popular during the martial art movie boom of the late 60s and 70s, thanks to individuals such as Bruce Lee, Chuck Norris, and many other practitioners.

Karate is still to this day one of the most practiced martial arts out there, with dojos being found not just across the United States, but the entire world as well!

Moving away from Japanese martial arts for a moment, we have a relatively recent entry to the world stage when it comes to commonly practiced martial arts, the Korean martial art or Taekwondo.

We only say recent, as it was only in the 1940s and 150s when the combat sport was officially formalized, as a result of learning and taking inspiration from many Chinese, Japanese, and indigenous Korean martial arts, including the traditional Taekkyeon practice.

One of the aspects that help set Taekwondo apart from other martial arts is the heavy emphasis on kicks and leg strikes, with many of the sport’s most iconic moves being head-height kicks, although quick punches and hand-strikes are also taught in some variations of the style.

However, since the sport has been recognized, it has gone on to widespread popularity, with schools opening across East Asia and the world.

Taekwondo has even been a full-contact parring event in the Olympics since 2000, which has only helped further encourage people to take up this distinct style of martial art.

If we’re talking about the most common modern martial arts, we can’t have a list without giving what is perhaps the predecessor of many of the other styles that we are discussing.

Judo is one of the oldest martial arts on this list, having its modern roots traced back to the mid to late 19th century, with its founder Jigoro Kano developing it over decades from its roots as a variation of jujitsu.

This martial art emphasizes grapples to throw and immobilize opponents, techniques which it inherits from its predecessor style, jujitsu.

Along with it being one of the most popular martial arts in Japan in the early 20th century, Judo would be adopted by the International Olympic Committee in 1960, becoming one of the earliest Japanese sports to be included in the international sporting event, which in turn shown people across the world just what this sport is capable of.

Judo is still one of the most practiced martial art sports in the world thanks to this international recognition.

Of course, if we’re talking about the oldest martial arts, we can’t forget about perhaps one of the most important martial art styles in this sport’s history.

Arguably the grandfather of most common martial art forms that we know about today, jujitsu is perhaps the oldest formal martial art that we would recognize as such, with the form having its first roots in the 8th century AD, and being officially formalized in the early to mid 19th century.

Jujitsu evolved out of an unarmed fighting style, setting it apart from many of its contemporaries, with sword practice and swings being instead replaced with throws, grapples, and paralyzing joint holds.

Jujitsu was also one of the first martial arts to become internationally recognized and practiced, with many practitioners from around the world both learning and teaching this form as a result.

Jujitsu also became the basis for many close-quarter combat styles that many military and law enforcement services across the world, meaning that many more people will have some passing familiarity with Jujitsu, even if they haven’t formally trained.

And this is to say nothing of the many martial arts that originally derived from this style, such as Judo and Brazilian Jujitsu. 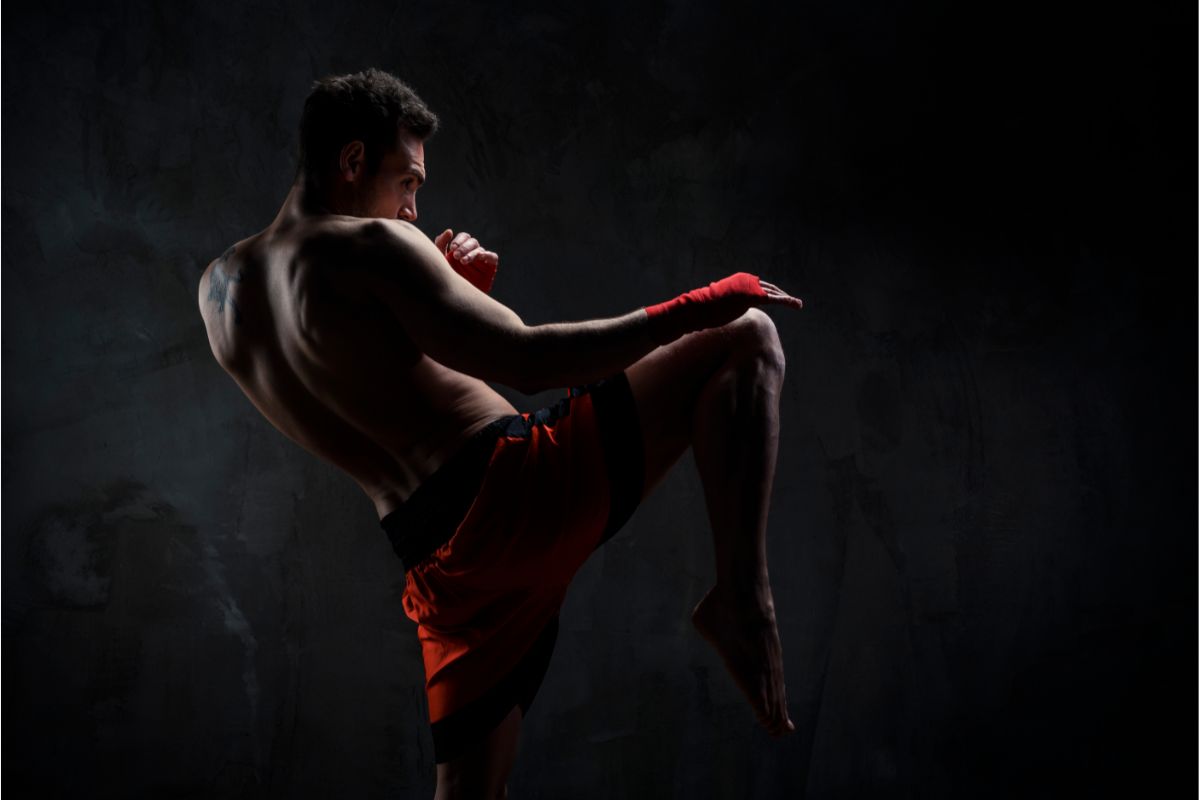 While it may not be a style of fighting that everyone immediately recognizes as a martial art, the prowess, focus, and discipline that boxing requires of its practitioners, along with the many techniques at its disposal, mean that boxing is just as much of a martial art as any of the other forms that we have discussed in this list.

It also might just be one of the oldest martial arts on this list. While it’s hard to establish when boxing became a sport, there is evidence of fist fighting as an event as far back as the Bronze Age, in the 2nd millennium BC!

Boxing as a combat sport revolves entirely around the combatant’s ability to strike with their fists, with a heavy emphasis also placed on being maneuverable to avoid being hit by your opponent.

Thanks, both to its long history and early widespread adoption, boxing is probably one of the most widely practiced sports and martial arts in the world, rivaling even other worldwide sports such as Karate and Jujitsu.

Quite possibly one of the most famous styles of martial arts in the world, Kung Fu is the collective term used to describe a family of different martial art styles, making it quite difficult to classify when it comes to how popular or commonly taught it is across the world.

Some try to classify Kung Fu by the geographical location of where the style comes from, but even with this classification, this can leave a massive amount of range in how different cities, towns, villages, and even just settlements practice their traditional martial art forms.

There is also the fact that many styles of traditional ‘Kung Fu’ are also inspired any a variety of different schools of thinking, from classic Chinese schools of thought such as Taoism and Buddhism, as well as other philosophies such as those inspired by Islamic teachings.

However, while this broad scope does make Kung Fu a difficult school of martial arts to narrow into a specific style, it does mean that the many different styles are among some of the most varied in the world of martial arts, with them being taught across Asia, before finding even more appeal in the international community.

Now, some people may object to the idea of mixed martial arts (MMA) being considered its distinct form, with there being a massive variety of fighting styles that fall under this umbrella term.

However, as we have shown both in the last entry and throughout this list as a whole, we have hopefully shown that many styles of martial arts from this perspective could be considered derivative from others, which is certainly not the case.

Mixed martial arts started to gain prominence in the mid-20th century when many practitioners of no hold barred fighting (also then known as Vale Tudo), began to hold tournaments between fighters of different disciplines (which is also where Brazilian Jujitsu saw initial international popularity).

Arguably one of the most well-known mixed martial artists of the late 20th century, Bruce Lee, and his martial art, Jeet Kune Do, was a combination of traditional martial art forms, From Kung Fu to Muay Thai, to Jujitsu, and many others.

This combination of high-profile martial artists helped turn MMA into the world sensation that it is today, being arguably THE most popular martial art that is practiced.

So, how many of these different martial art styles do you recognize?